In the modern business world registered trademarks are a must have for any business or firm that wishes to stand-out from the crowd. Over the years community trade mark has become the most important tool used to establish a good reputation and indicate the origin of the products or services. The European integration urged the need for uniform protection in all Member States and the Community Trade Mark constitutes the most simple, cost-effective and popular choice.

What is a Community Trade Mark

The Community Trade Mark is a trade mark which is valid in European Union as a whole. As any other trademark, the Community Trade Mark is a sign which is used to distinguish the goods and products of the proprietor of the sign from those of their competitors. In other words, it serves as a badge of origin. Additionally, it confers on its registered owner the exclusive right to use the trade mark in the 27 Member States and prevents third parties from any unauthorised use of the sign without consent in the course of trade.

Advantages of a Community Trade Mark

The most important advantage of Community Trade Mark compared to the national trademarks or international trade marks under the Madrid System is that it requires only a single registration procedure for the trade mark to be valid across the entire EU and the initial cost of filing the application is quite low, whereas national registration offers protection only in the country of registration (and registration to every Member State is time-consuming and costly) and international registration under the Madrid System offers protection only in the countries which are parties to the system.  This single registration procedure is quite attractive as it requires only a single application for goods as well as for services, even of different classes, in a single language and it takes place in a single administrative center.  Additionally, The Community Trade Mark will be also automatically valid in any other future Members of the EU.

Rights of the proprietor (owner) after registration

The proprietor is entitled to prohibit all third parties from using in the course of trade:

What can be registered as a Community Trade Mark

Any sign capable of being represented graphically can be registered as a Community Trade Mark provided that such signs are capable of distinguishing the goods or services of one undertaking from those of other undertakings.

Any natural or legal person, including authorities established under public law, which are either:

As already mentioned, Community Trade Marks need to be registered at the OHIM in order to be valid. The procedure has three stages:

The application can be filed either directly at the OHIM or at the national patent and trade mark offices of the EU Member States in one of the official languages.

The application must contain:

An application fee must be paid.

Grounds for refusal of registration

Registration is refused, in particular, in the case of: 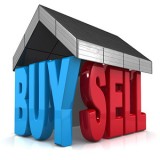